When walking through Hakata you will begin to see small stone monuments on the sides of some streets and alleys. These inconspiuous stones with writing on them mark the course of roads in the old Hakata. They are also connected with the districts and the association of the locals.
When keeping an eye out for the monuments, you will soon be able to imagine the form of the old Hakata. Why not explore the old Hakata during a long walk?

Map of all the monuments

During the Sengoku-period Hakata was a wealthy port city, flourishing due to trade with the relatively near by Korea and China. However this is why it was heavyly fought over amongst surrounding feudal lords.
In 1580 Hakata was almost completely burnt down by Ryūzōji Takanobu and in 1586 it was occupied by Shimazu Yoshihisa and his army.

When finally Toyotomi Hideyoshi, Japans second great unifier, took over Hakata, it was devestated by the war and had to be completely rebuilt. With the help of the wealthy merchant Kamiya Sōtan and Shimai Sōshitsu, Toyotomi Hideyoshi had Hakata rebuilt but this time orientated around several wide roads following the direction of the two rivers surrounding the city. The houses of Hakata were divided into districts according to their neares major road. Thus the seven districts of Hakata were born.

The division into districts is still sometimes used in todays administration of Hakata.

The city also discontinued the traditional style of splitting a chity into district by on what street the houses are and started using the western style division into blocks. This signifficantly reduced the importance of the districts as divisions of Hakata.

The left side shows the block method of dividing into sections and the right side the traditional street orientated method.

Since organising the Yamakasa by these smaller blocks would be a huge mess, the festivals management stuck to the seven districts.

See how the face of Hakata changed over the centuries!

This monument in Naraya-cho, Hakata shows the streets of Hakata in the year 1813. Here the main streets can be clearly seen. 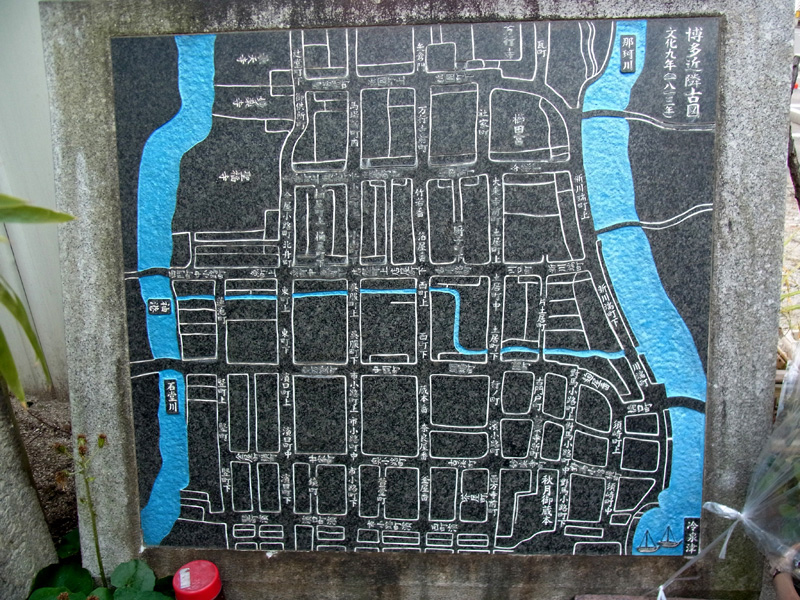 This map shows 1948 Hakata, 18 years before the large reorganisation project. Around this time Hakata Station was added southwest of Hakata, where at the time there was olny field. 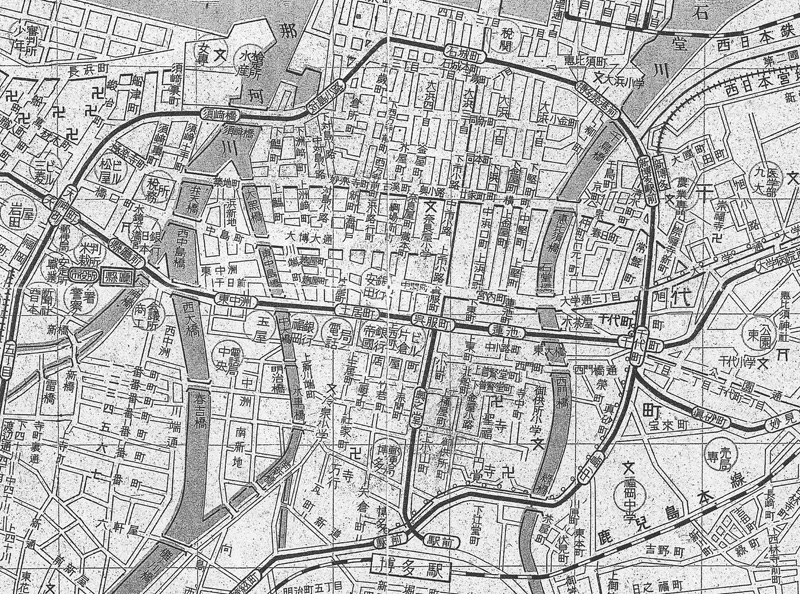 And even further back during the Muromachi-period, some time between the 14th and 16th century, Hakata was alot smaller, as seen in the map below. 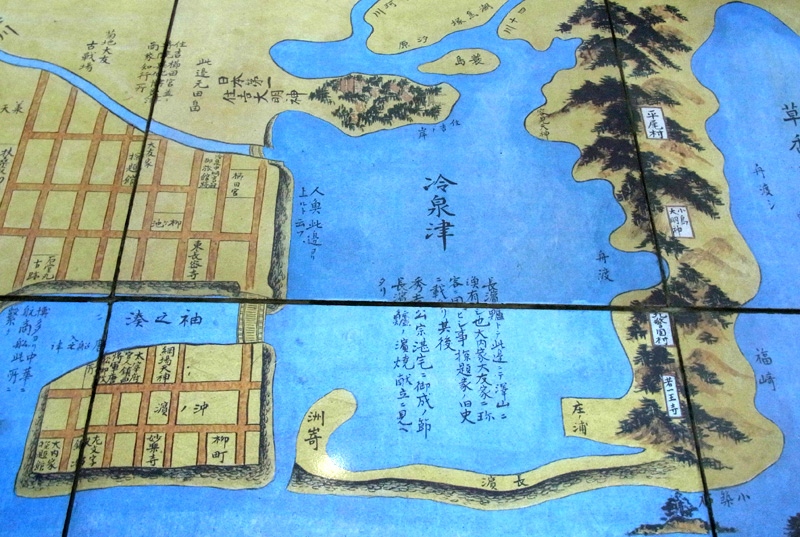 During the Muromachi-period todays Hakata was largely still underneath the ocean water. The Kushida-shrine, being founded in the 8th century, can bee seen on the map but considerably closer to the sea.