Everything from traveling info over maps to answering your questions

Will the Oiyama still be held, if the weatherforecast says it is going to rain? 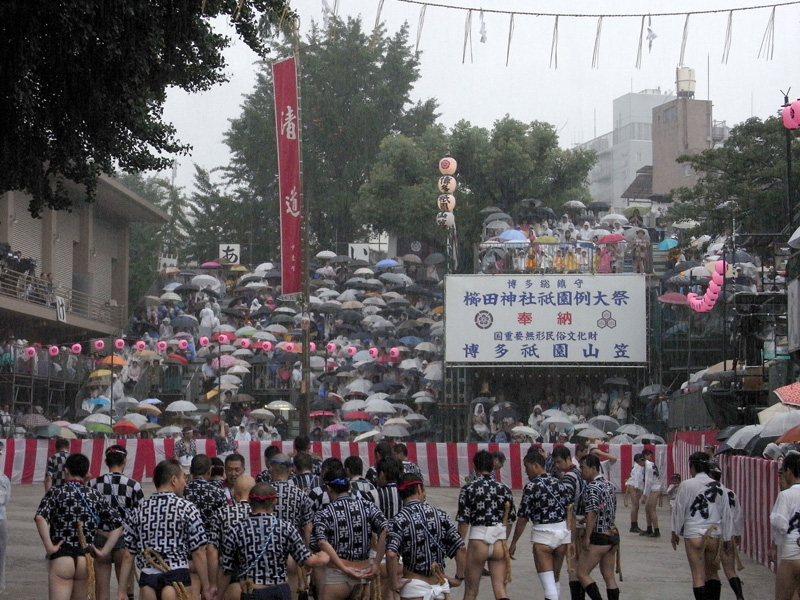 How do I get tickets for the seats at the Kushida shrine for the Oiyamas presentaion ceremony?

A: Every year at the 26th of June the tickets become available at the Kushida-shrine. 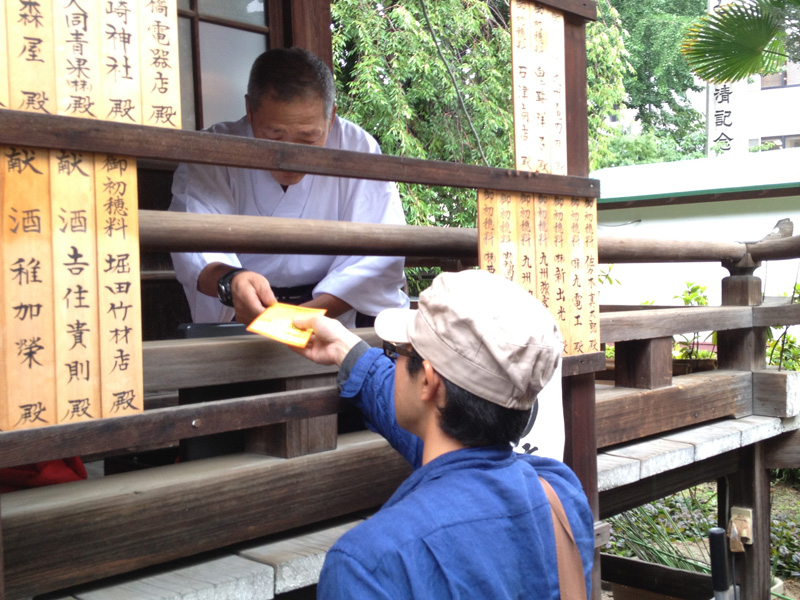 Is it possible to participate in the Yamakasa festival.

A: It is very hard to participate, if you are not an inhabitant of Hakata.

The Yamakasa is a religious festival of the township of Hakata and therefore actually only accessable to Hakatas inhabitants. It is however possible to be invited by inhabitants of Hakata, to join the prepartions for the festival and with luck you may be allowed to join the run. Of course for this you would probably have to be able to speak Japanese, have good friends that live in Hakata, and be aproved of by the senior organisers of the district.

Can my children join in the festival?

A: Also children from outside Hakata can join the Childrens Yamakasa. 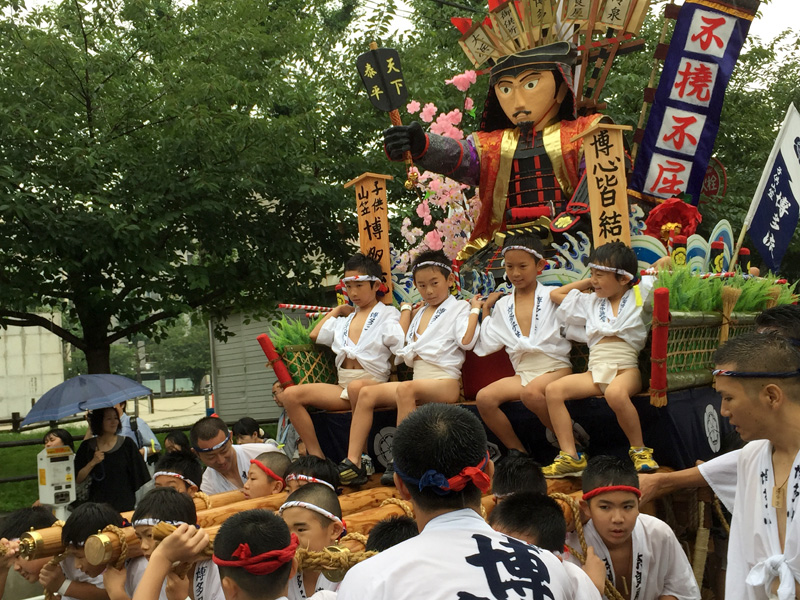 The Childrens Yamakasa, organised by the RKB Fukuoka Broadcasting Corporation, is also open to children from outside Fukuoka but requires at least knowlede of the Japanese language and the correct clothes.