A glimpe into the past! The Hakata-Gion-Yamakasa festival can boast with an over 770 years long history. 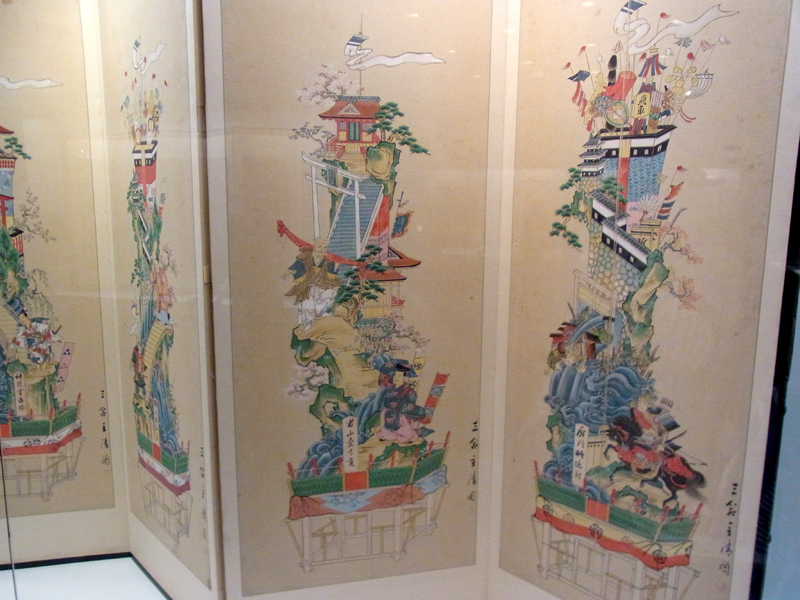 Originally dedicated to the shinto god Sosanoo-no-Mikoto, this festival is today believed to be over 770 years old. At the center of the festivities is the Kuschida-shrine and of course the Yamakasa themselves. THe festival is deeply a engrained tradition and is an important cultural heritage of Japan. 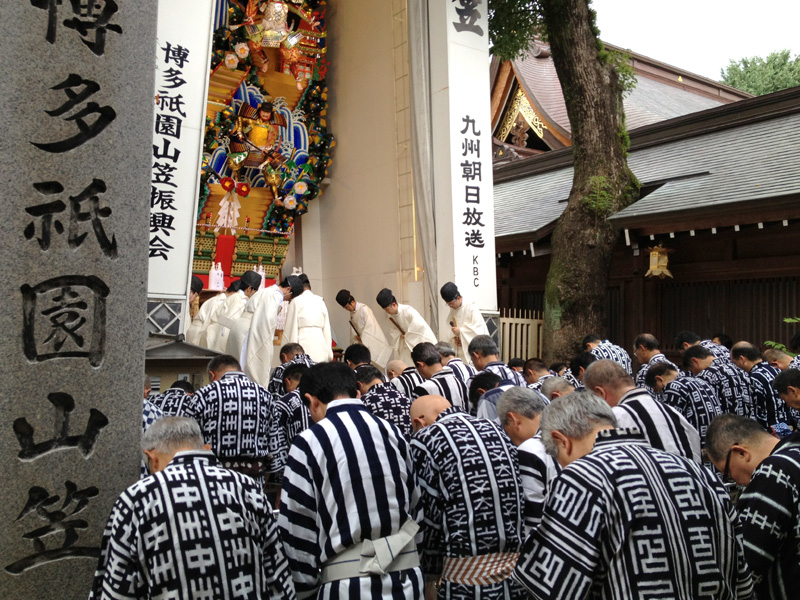 The history of the festival itself is interesting and has lead to changes in the way it is performed. Here we explain the changes, that have gone through the festival in it later years. 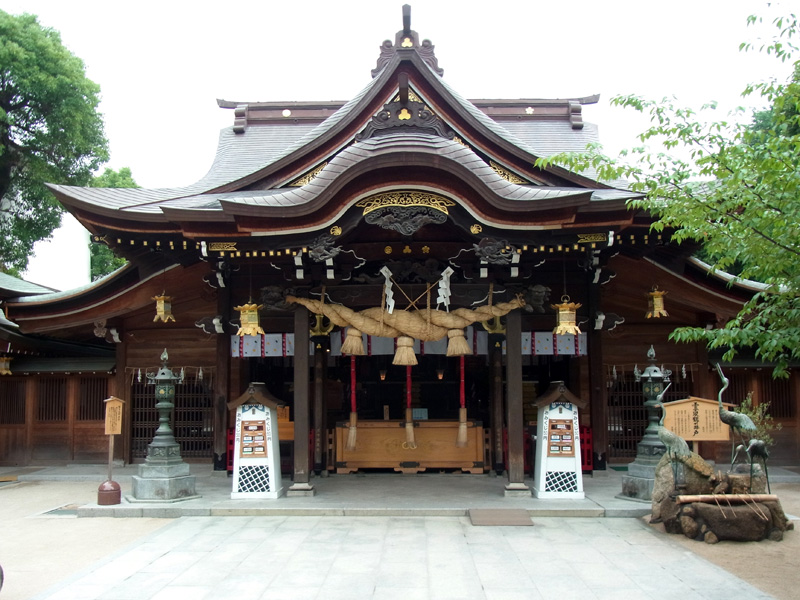 The Kushida-shrine is often called “O-Kushida-san” by Hakatas local inhabitants, which is the Japanese equivalent of “Old Kushida”. It is an impotant part of Hakata and dedicated to its three patron gods, whith the right part of the shrine being dedicated to Susanoo-no-Mikoto. 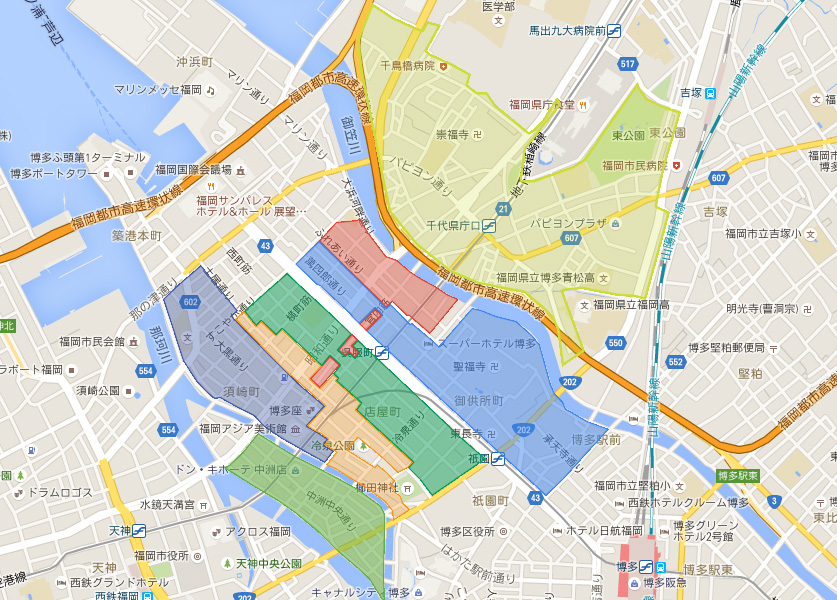 Introduction to the districts

Since the 16th cenruty the town of Hakata was split into seven districts, each building their own Kakiyama, Kazariyama and racing each other during the festival. Here we will introduce each of the districts and the locations of their Yamakasa. 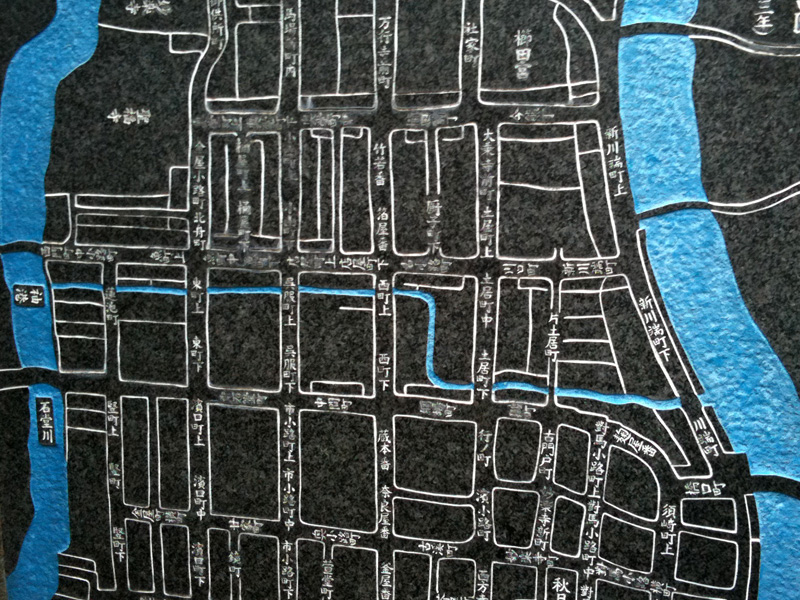 Monuments to the old Hakata

Throughout Hakata there are stone monuments standing on corners or in side alleys. These inconspicuous monuments show the course of one of Hakatas old streets or mark important points. When keeping an eye out for these monuments it is after a while possible to imagine the buildup of the old Hakata.