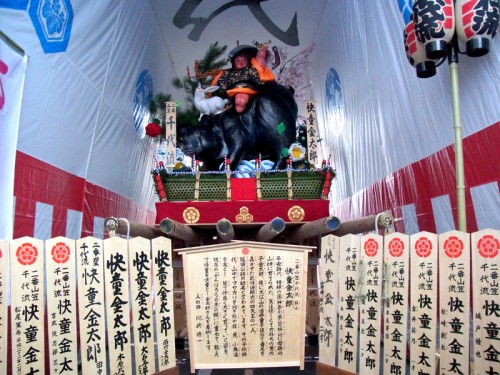 The Kakiyama: The Kakiyama are about three metre high and one ton heavy decorated handbarrows, that are the centre of the festivities. They are carried through the whole district of Hakata and raced along set paths. Because the festival is religious, the Kakiyama are also objects of worship. They were originally up to 15 metres high, but due to the eletric powerlines first installed in Hakata in 1898, they were built smaller and the larger Kazariyama would be used as status symbols of the districts instead. 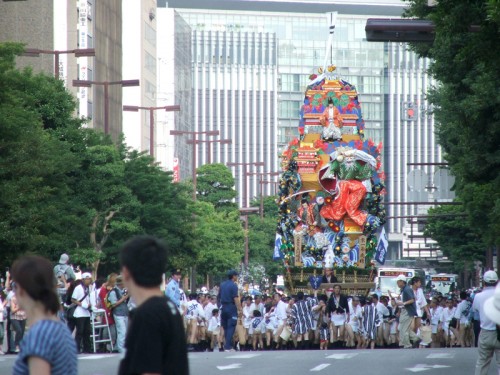 Kamikawabata-tooris runnable Kazariyama, showing what the festival could originally have looked like. 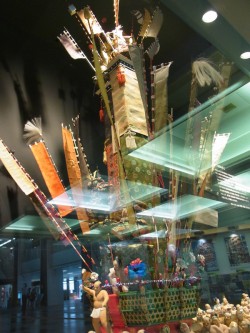 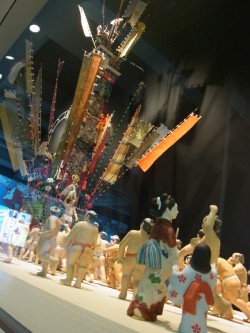 A replica of one of the largest carried Yamakasa of the festival. This scaled down replica is located in the Kyushu National Arts Museum in Hakata and shows one of the Kazariyama as made in 1952.