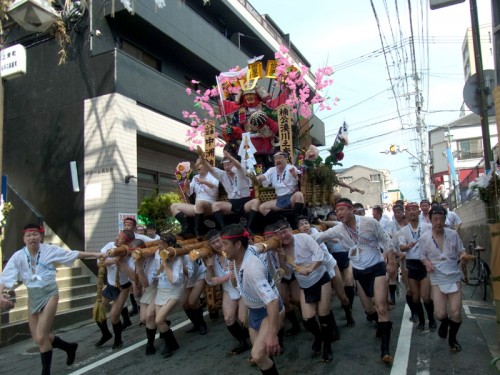 The run through the neighbouring districts:
Twelve hours after the Asayama has ended another event is held at the 11th of July, the Tanagaregaki (他流舁き: carrying through another district).
While during the Nagaregaki, each district carries their Kakiyama through their own grounds, during the Tanagaregaki the Kakiyama is carried outside the own district, and through neighbouring ones.
This is in order to show respect for each other and better the relationship between the districts. This is the ideal chance to see the Kakiyama of multiple districts. Click [here] for the site about the Tanagaregaki. 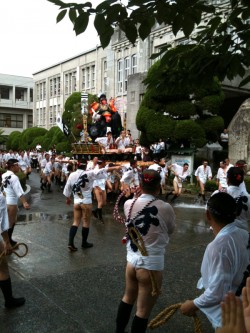 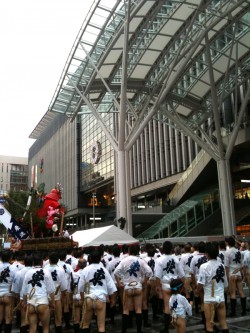