The Hakata-Gion-Yamakasa can boast with a 760 year long tradition. It is a festival held every year in July to the honour of Susanoo-no-Mikoto, the shinto god of the ocean and wind. The festivities are centeres around the Kushida-shrine and are considered an important intangible volk heritage of Japan. 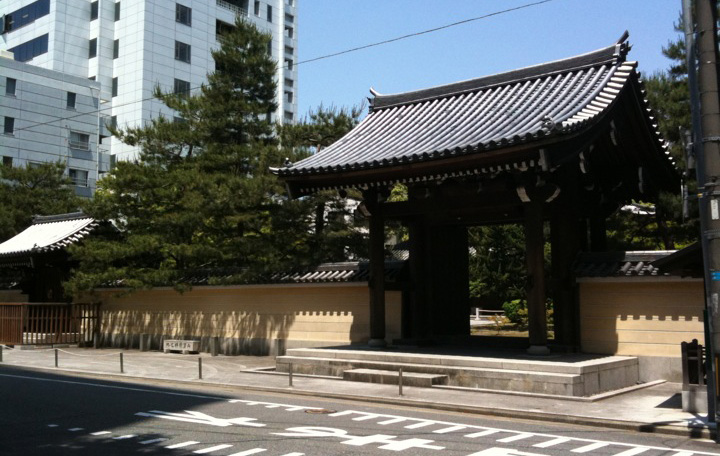 Although there are several theories on the Origin of the festival, one is by far the most poular. This theory says, that it started in the year 1241 when Hakata was suffering from a plague. The monk Enni-Ben’en, posthumously named Seiichi Kokushi, then healed the townspeople by sprinkling holy water onto them while being carried through Hakata on top of a buddhis ritual shelf called Gaki-dana, used in the buddhis rite Segaki.

Old books also show a connection between the festival and the Jōten-ji temple, of which Enni-Ben’en had been high priest. Apparently it was originally a ritual for thanking the temple, similar to the presentation ceremony practised at the Kushida-shrine today.
Also this theory explains the similarities between the festival and the Segaki ritual to appease the dead, that was also held in July and had display carts similar to the Yamakasa but smaller and with wheels. And the “prayer water” used for the ritual might be the origin of the “vitalisation water” of the festival.

Origin of the districts

Hakata was split into districts by Toyotomi Hideyoshi after ceasing controll over it in 1587.

In 1587 the town of Hakata had been almost entirely burnt down due to several feudal lords fighting over its control. This included Shimazu Yoshihisa, who when forced to retreat, set fire to the city buring most of it to the ground. Japans second great unifier Toyotomi Hideyoshi then, for taxation and organisation purposes, split the town into seven districts when it was rebuilt. These seven districts were orientated along a larger road each and thus had mostly very elongated shapes, which could be a reason why they are called Nagare, which means “Flow/Stream”. 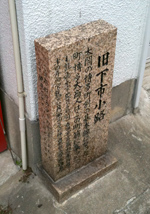 Today the city doesn’t show much of its original division into the seven districts. Due to a reorganisation project after Wolrd War Two, Hakata and the surrounding city is now divided into smaller blocks. There are however many stone monuments of the old Hakatas roads, showing the old division of Hakata.

The racing aspect of the festival first came up in 1687. While the carriers of Doi-nagare were taking a break of carrying their Kakiyama, the carriers of Ishido-nagare (todays Ebisunagare) overtook them with their Kakiyama, which Doi-nagares carriers saw as dishonouring and raced after them. So the districs began to compete for speed and the run became a race with being overtaken still seen as a great dishonour.