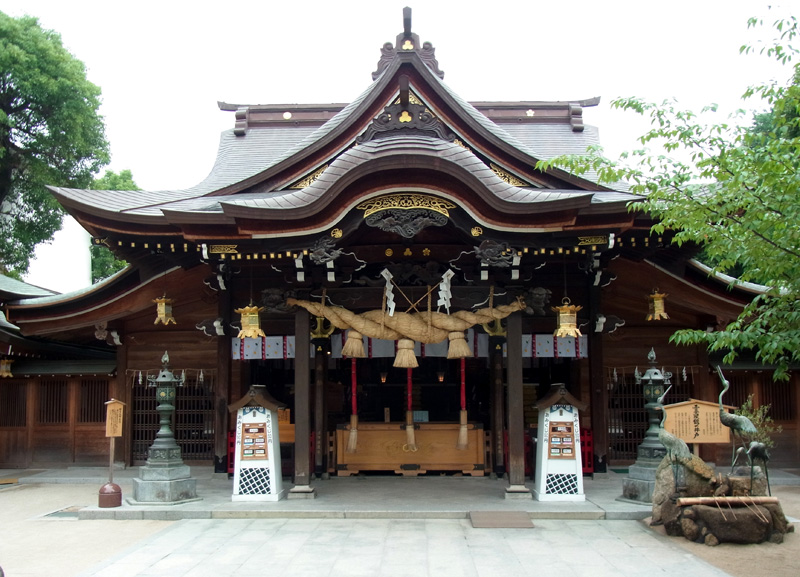 The Kushida-shrine is dedicated to Hakatas three patron gods with the center, left and right part dedicated to a different god. The middle part is dedicated to Oohatameshi-no-Mikoto, the right part to Amaterasu-Oomikami and the left part to Susanoo-no-Mikoto.
It is almost as old as Hakata and is often called O-Kushida-san by the local inhabitants, which is the Japanese equivalent of “Old Kushida”.

The shrine is believed to have been founded in 757, but it had to be rebuilt in 1587 on the order of Toyotomi Hideyoshi.
During the Edo-period it was managed by the Tōchō-ji temple, but at the start of the Meji-period the two were forced apart by a decree separating shintoism and buddhism.
On the area of the former Jingo-ji temple the Kushida meeting hall was built, which is also used during the festivities. 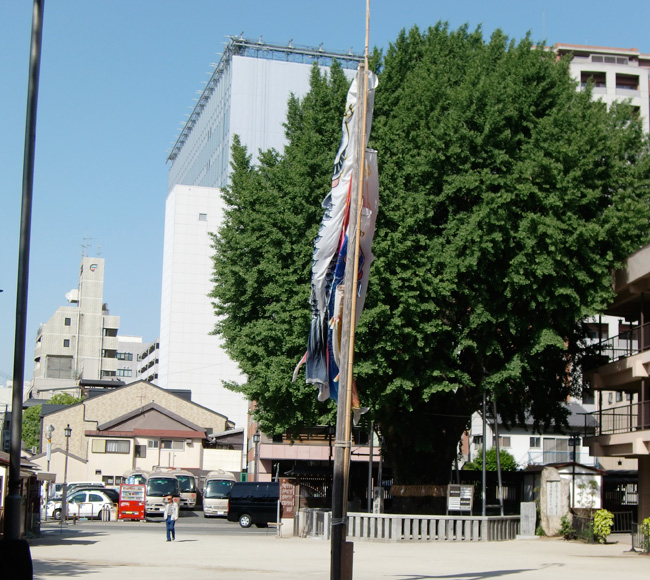 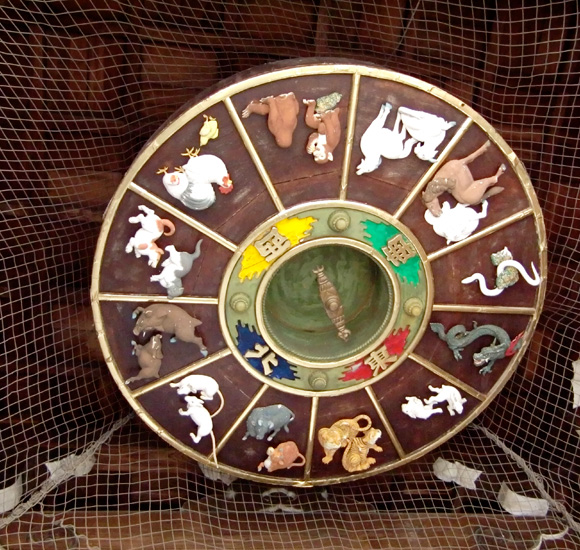 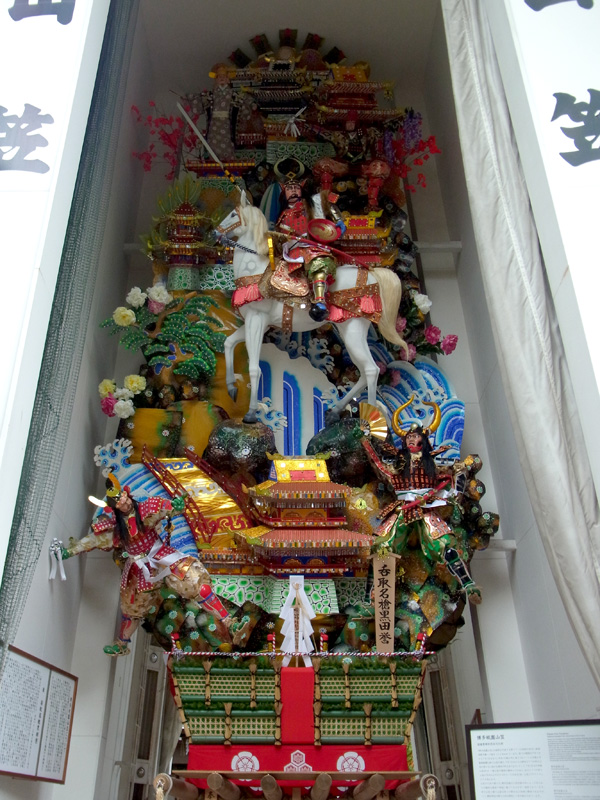 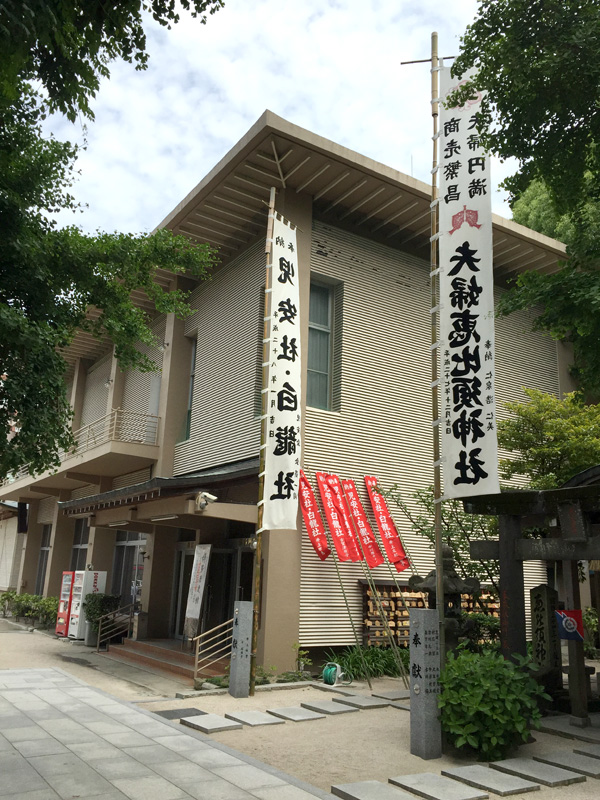 Left: The Kazariyama at the Kushida-shrine on display all year round
Right: The Hakata history museum 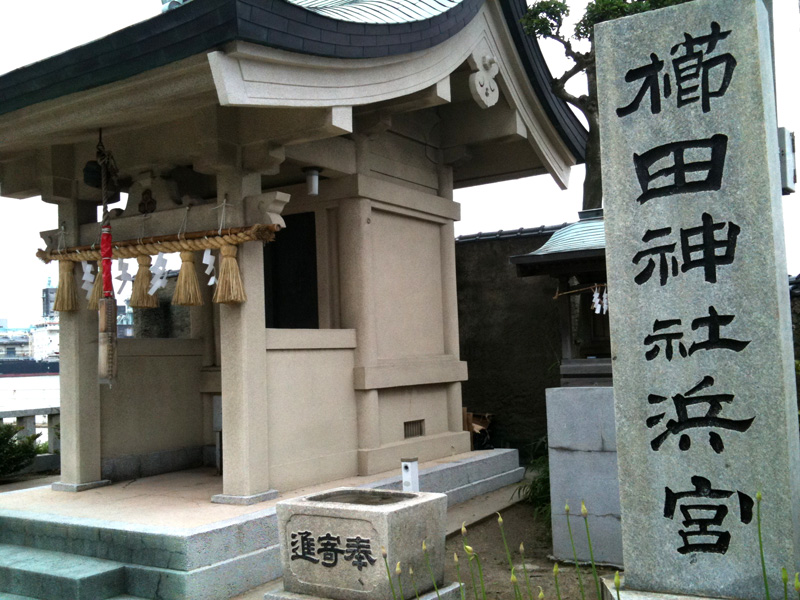 North of the Kushida-shrine there is a small sub-shrine at the beach, where some smaller rituals such as the ritual washing of the carrying poles each year take place.

Also many ceremonies and festivities not relatet to the Hakata-Gion-Yamakasa take place at the Kushida-shrine. For example the Dontaku port festival or the Hakata Matsubayashi music-parade.