More on the beauty and craftsmanship of the Handbarrows 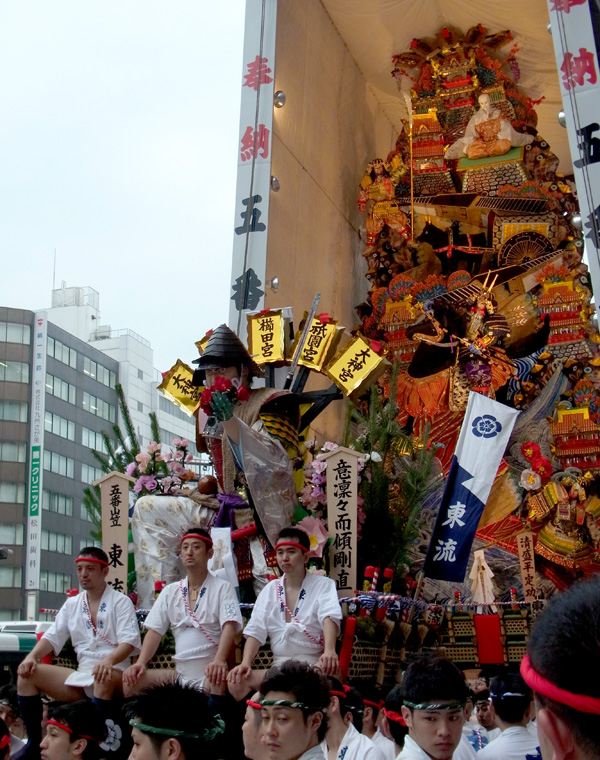 When speaking about the festival, the first thing, that comes to mind are always the pompous and richly decorated Kakiyama and Kazariyama, that make up the hart of the festival.

Before 1898 there was no Kakiyama and Kazariyama but only a Yamakasa, that was huge and carried through the streets of Hakata.

Electrical power cable in Hakata had become widespread enough to be a serious problem for the festival. There were multiple instances of wires being cut before the festivities, in order to let the Yamakasa through. The problem was solved by making one smaller Kakiyama to be carried around through the city and one larger Kazariyama to be richly decorated and act as a status symbol for the district.

The Yamkasa are divided into odd and even numbered. The odd numbered are called Sashiyama and the even nubmered Dōyama. Sashiyama and Dōyama are traditionally each decorated with a certain type of replica on the very top.

According to old books, in 1708 Hakatas feudal lord told the people to display a fighting scene on the first, third and fith Yamakasa and put a wig on the top of the second, fourth and sixth. He said to the people the odd numbered should be the strong and manly Yamakasa and the even numbered ones the feminine and graceful Yamakasa. After this the Yamakasa are divided into Sashiyama and Dōyama, with the Sashiyama also referred to as “Otoko-yama”: “Male-mountain” and the Dōyama called “Onna-yama”: “Female-mountain.” 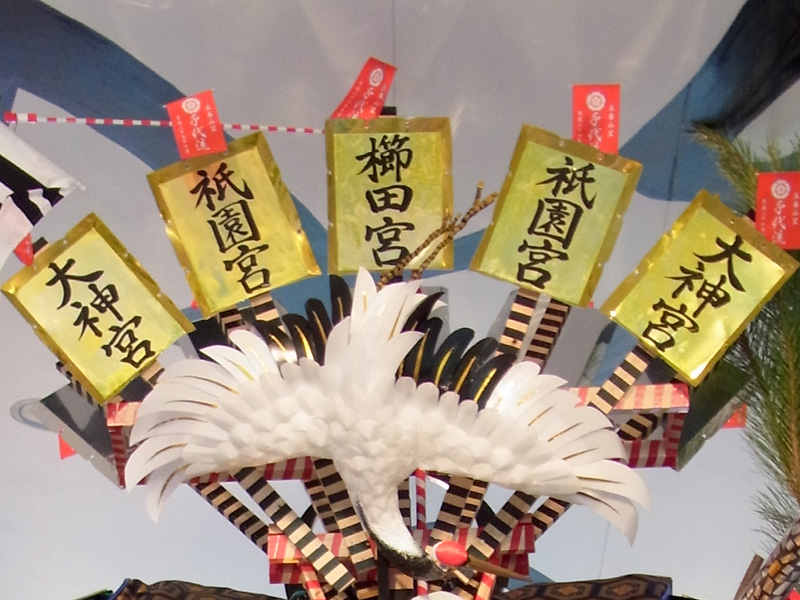 On the top of each Sashiyama a famous warrior is depicted with the names of Hakatas patron gods written on signs on his helmet. Because this is very distinctive, you can even see from afar if the Kazariyama is a Sashiyama. 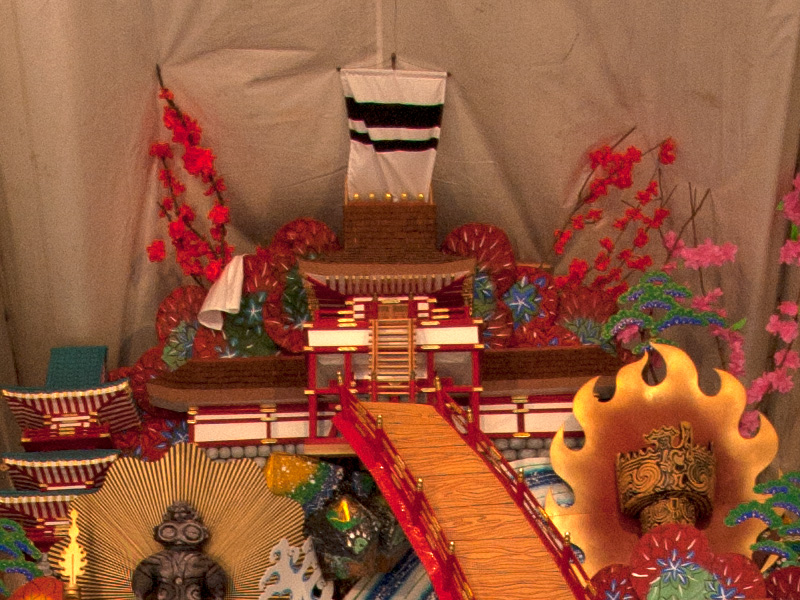 At the top of each Dōyama there is a small temple replica. The temple is also dedicatet to Hakatas three patron gods. Thus the highest and best part of the Kazariyama is always dedicated to the gods, for whom the festival is for.

With a weight of one ton this Kakiyama will be carried through Hakata and is still richly decorated. 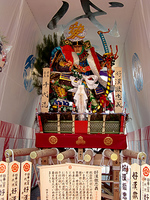 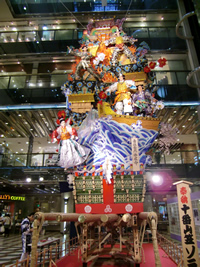 the name Kakiyama comes from the Japanese verb 舁く, read “kaku”: “to shoulder”, and 山 , read “yama”: “mountain”. So Kakiyama means “shouldered/carrying mountain”, which is a fitting name since it is carried through the streets on poeple shoulders. It is far smaller than a Kazariyama, that is supposed to look like the original Yamakasa used before 1898. A Kakiyama is assembled using only wood and hemp rope. Not a single nail is inside the whole contraption.

The Dolls on the Kakiyama are of special importance, since they are seen as the face of the district for this year. They are therefore made with extra care out of rice paper by the districts most skilled puppetmaker. Making the Kakiyamas Puppet ist a great honour for the puppetmaker and is seen as proof, that he is the best in his district.
The Kakiyama are numered by the place they had during last years Oiyama, the main racing-event of the festival. The Order of the Kakiyama of 2016 is:
Higashi-nagare, Nakasu-nagare, Nishi-nagare, Chiyo-nagare, Ebisu-nagare, Doi-nagare and Daikoku-nagare.

Simply Art. The Kakiyama and Kazariyama on display for 10 days in Hakata for you to enjoy.

The Kazariyama are supposed to give a feeling for what the old Yamakasa looked like. The are no longer only made by the districts, but are today mostly commitioned by larger shop conglomerations, that benefit from the tourists coming to see their Kazariyama. In fact, only three of the 14 Kazariyama built each year are made by districts themselves.
There are special craftsmen in Hakata specialising in making the Puppets for the festival or building the frames of the Yamakasa. These masters use very old techniques, that have been used for centuries to prepare for the festival, even though the Themes of the Kazariyamam have become a bit less traditional.
Today usually the front side of the Kazariyama displayes some historic or mythical Event and stongly displayes Japanese culture. However the back side is often decorated with western elements of uses a Japanese TV show as theme. The first to start this were the shops os Shinten-chō, who were also the first to build a Kazariyama outside of Hakata.

Although there has been alot of controversy over the untraditional themes of the Kazariyama, it has greatly helped with the popularity of the festival and shows the adaptability of the Hakata-Gion-Yamakasa, that together with the inhabitants love for it has kept the festival alive for over 770 years.