Everything about the Yamakasa and their districts

This district was formed in 1966, making it very young. It was formed due to a reorganisation project by the city and incorporates the former Higashi-cho-nagare, Gofukumachi-nagare and Kushida-nagare.
The Style of the districts inhabitants water vests is unified as a white vest with two reoccurring blue, parallel stripes. The vests also usually have the Japanese character for east (“Higashi”: 東) on their back. A strap on the participants shoulder shows exactly which sub-district they come from. The districts long water vests for occasions, not involving the running of the Kakiyama, are also unified under the same pattern.
The old districts of Hakata have created the hosting-district system, as a way to ease the burden of the festival off the smaller districts. Each year a committee of every districts representatives decides on the next hosting district, that will take the majority of the financial burden of the festival.
The 2015 Kazariyama was a remake of the 1982 version and was on display at Gofukumachi Station. 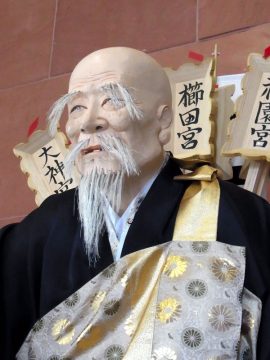 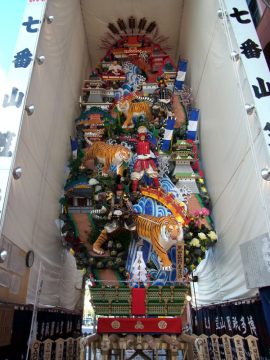 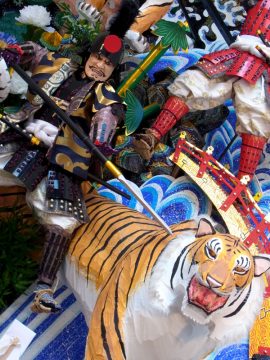 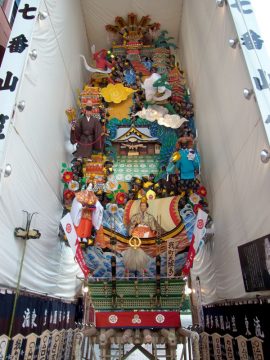 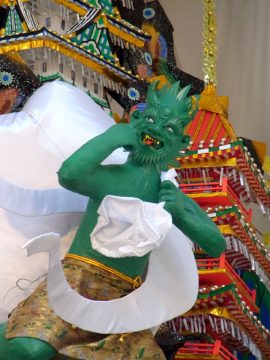